According to the World Health Organization, Australian’s are slightly more physically active and emotionally happier on average than Americans, although we still used the General Population Norm provided as a benchmark in this study. 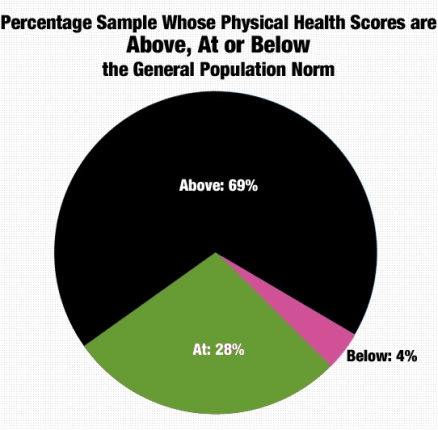 Of the subjects who completed the 8-week program and final health survey saw considerable gains in their mental health improvement with a significant in first stage depression.  However, with half of the participants not completing the final health survey, we cannot accurately determine if the program was successful for most of the subjects. 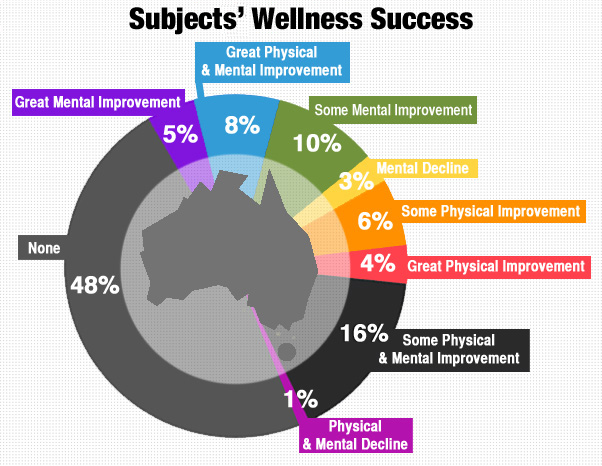 The shaded lines show the average Motivation, Online & Social Engagement of subjects who had improved both their Mental and Physical Health in the program. 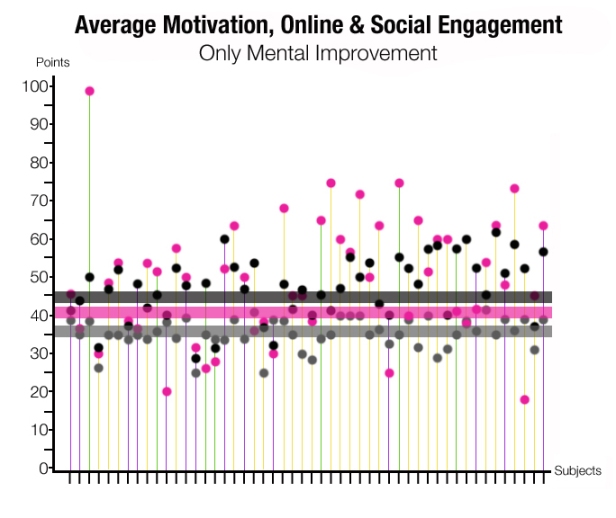 The shaded lines show the average Motivation, Online & Social Engagement of subjects who had improved only their Mental Health in the program.

Online Engagement Scores of Subjects with Mental Health Improvement Only

Social Engagement Scores of Subjects with Mental Health Improvement Only

Motivation Scores of Subjects with Mental Health Improvement Only 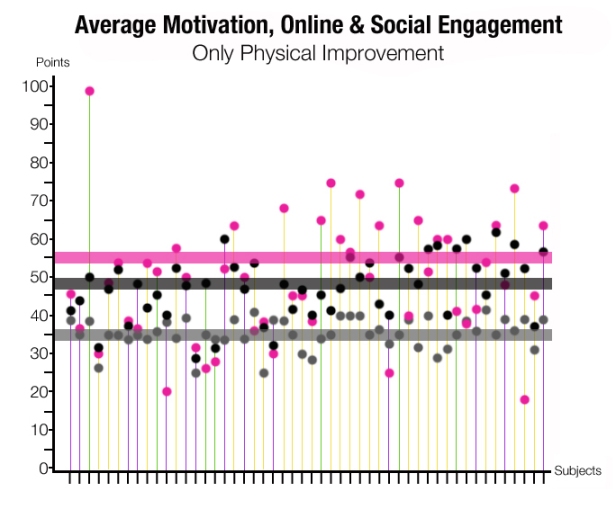 The shaded lines show the average Motivation, Online & Social Engagement of subjects who had improved only their Physical Health in the program.

Online Engagement Scores of Subjects with Physical Health Improvement Only

Social Engagement Scores of Subjects with Physical Health Improvement Only

Motivation Scores of Subjects with Mental Physical Improvement Only

In the weekly surveys starting in Week 3, subjects were asked to evaluate how their health behaviors have improved or declined.  Below is a chart outlining how subjects evaluated the development of wellness behaviors from week to week.

Each week, the majority of subjects identified that while they may have improved their health behaviors, there was still more to do.  This sense of accomplishment and desire for further improvement is exactly the approach I wanted to convey in my messaging throughout the program and is crucial to creating sustainable behavior change.  As outlined on the Literature Review & Theory page, the process of creating new habits and behaviors involves changing or replacing the routine of a habit loop and creating a small reward for that new routine.  If subjects feel that they are changing their behaviors and want to do more, then we can assume that they are experiencing enough of a reward from their initial changes to continue.

Although it is difficult to determine a clear trend in how the program affected the mental and physical health of the subjects since so many did not complete the final health survey, we can see that a strong portion of the subjects improved their health in some way and showed an interest in continuing to make further improvements to their wellness behaviors.

This Document is a Master’s Project which has been prepared at the request of and in connection with the University of San Francisco Sport Management Program. Neither this Master’s Project nor any of the information contained therein may be reproduced or disclosed to any person under any circumstances without the express written permission of Mae Schultz.